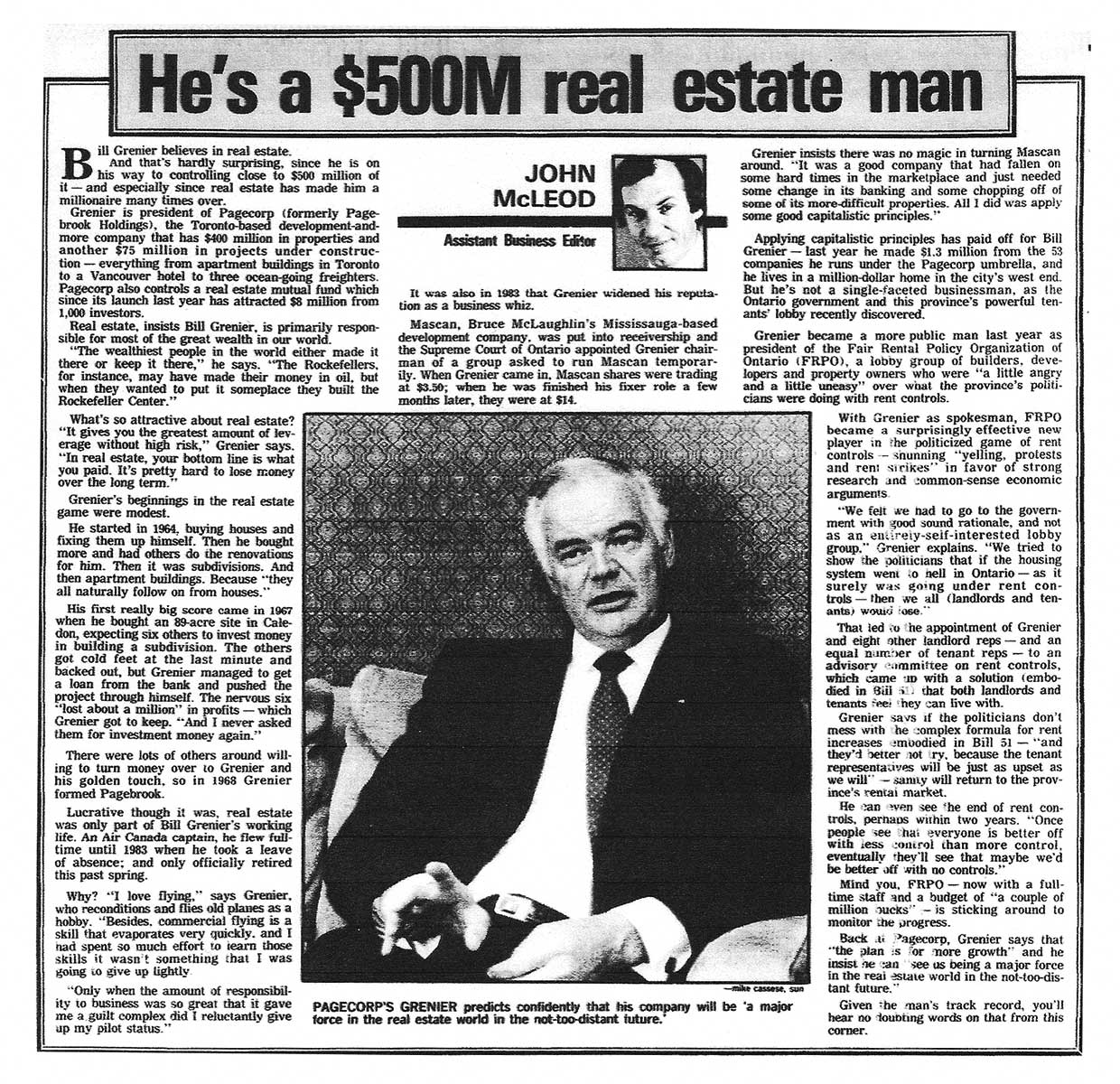 Everyone starts their life thinking, at least at first, that what they experience is “normal.” I certainly did…

The realization that my “normal” might not be everyone else’s normal came to me first as a surprise, then a shock. And my reaction to this realization went from wonder to fear and then to anger and resentment. But those reactions eventually led me to create my own version of “normal” and a version of “normal” for my children that were miles away and millions of dollars removed from what I had known.

I started my “normal” life in a pretty isolated location, even by Canadian standards. In fact, it wasn’t even part of Canada at the time. The small hamlet of Stephenville Crossing, Newfoundland, was what we would call today “disadvantaged.” I was born there in 1936 and left in about 1940.

An adventurous road to becoming a commercial pilot

It was a bumpy journey which included the lows of childhood traumas and teenage rebellion. It included the highs of learning to fly and getting hired as a pilot and being promoted to airline captain. But the journey also included the lows of being laid off and left to support my family selling seashells in Florida. And that was only the beginning.

Getting into the land development business

I had what I considered the best job in the world – flying airplanes! And I flew them all, from the Funk light airplane to DC-3s and corporate jets to the brand new 747. But I also discovered that working for someone, even a big international company like Air Canada (which grew out of Trans-Canada Air Lines), did not provide the security I craved.

So, on my days off from flying, I started to get into the land development business. That led to a second parallel career in a business where I was my own boss, as CEO of Pagebrook Inc.

How I came to write my life story

Over the years, I was frequently told, “Bill, you should write a book!” So I did, an ambitious memoir titled Miles to Millions, which includes my adventures in both aviation and business. I found that, in the telling, the words flowed … and flowed … and flowed. I stopped when I reached 1987, when life changed again and I went off in another direction. But that is another story.

The story to date: Millions of miles under my wings, and millions of dollars in real estate development.
Read about it in my new memoir.